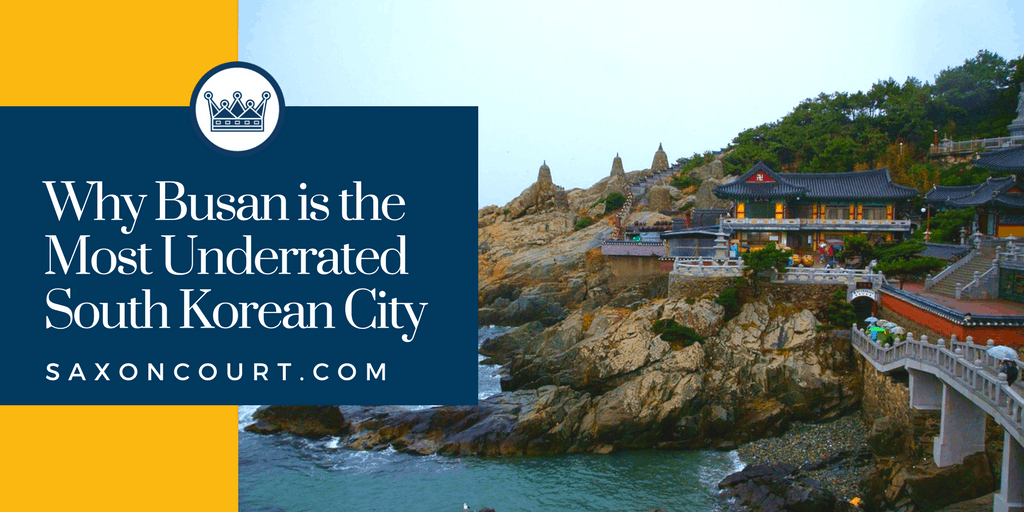 Why Busan is the Most Underrated South Korean City

Over the past few years, South Korea has been consistently rising to fame as one of the top Asian countries to visit. It has opened its doors to tourists, both local and international, as a place where visitors can immerse themselves in a vibrant culture that is genuinely Korean. For a country that is relatively small compared to its neighbours, South Korea has a lot of things to offer its guests. Coming from its rich history, natural and man-made points of interest, not to mention its distinct cuisine, South Korea is a destination bursting with rich visual and gastronomic highlights.

Whenever South Korea comes to mind, it almost always boils down to two frequently visited destinations – Seoul and Jeju Island. There is also the iconic Namiseom, which was made famous by numerous K-dramas that have amassed legions of followers the world over. While there are so many other cities and villages tastefully scattered all over the country, there is one area that remains one of the most underrated South Korean cities. In fact, it is considered as one of the most underrated cities in the entire Asian continent. This city is Busan.

Busan is the second largest city in South Korea. It is situated in the southeastern tip of the South Korean peninsula. It is also the largest port city in the country, and it is currently ranked fifth among the busiest seaports in the world based on cargo tonnage. Other than that, it is home to the country’s longest river, as well as the largest beach. Shopaholics can also appreciate the fact that Shinsegae Centum City, the world’s largest department store, is also found in Busan.

It is such a mystery why, despite all these features, Busan remains within in the ranks of the most underrated destinations in the country. Perhaps this is due to the fact that foreign guests would rather visit the capital, which has long been hailed as one of the best destinations for shopping and sightseeing. Maybe others prefer to see Jeju Island, which has risen to fame after being named one of the New Seven Wonders of Nature. With these in mind, visitors must really consider those great things that Busan has to offer.

Busan is home to numerous temples that are often featured in travel magazines. However, these temples are often mistaken to be located somewhere else. One of the most popular temples in the area is the Seokbulsa Temple, which is one of the most majestic Buddhist temples in the entire country. Another popular temple is the breathtaking Haedong Yonggung Temple, which is located near the city. Its location, which is on a cliff, is a postcard-worthy masterpiece that has been captivating travelers and photographers all over the world.

The beach landscape of Busan is truly amazing. Some of the best beaches in the country are located here, including the staple summer destination – Haeundae Beach. It is a beautiful and relatively accessible beach near the city. Locals flock to the area in droves during the summer months. If you don’t mind a bustling beach scene, then Haeundae Beach will not disappoint. This area is also close to numerous restaurants that serve mouthwatering seafood and speciality cuisine that will truly satiate your cravings. For an inland fish adventure, there is always the Busan Aquarium.

Less crowded options are also available. Gwangalli Beach and Songdo Beach can provide peace and serenity to cap off your busy daytime routine. These destinations can be great alternatives to the busier beach destinations in the city.

Expect no less when it comes to the seafood scene in Busan. Being a massive port city, it takes advantage of the great access to a wide selection of fresh and sumptuous seafood. Have a detour and visit the largest fish market in the country – Jagalchi Fish Market – and see the dizzyingly large number of seafood selections available. Some choices can be eaten raw, but less adventurous visitors will truly appreciate the nearby restaurants prepare fresh catch to concoct a truly satisfying dishes.

Check this out for more on Korean food.

As previously mentioned, Busan is home to Shinsegae Centum City, the largest department store in the world. Shinsegae means “new world” in Korean, and it is indeed a place where you will be transported into a world that can be considered a shopping haven. Whenever you are in Shinsegae, don’t miss its amazing food hall, which showcases diverse cuisines featuring both local and international gastronomic fare. From freshly baked bread to sizzling grilled meat, this place is heaven.

Another thing that you would love about Busan is that the merchandise here is significantly less expensive than what you’ll find in Seoul. There are also numerous discount stores around the city, including Lotte Department and Premium Stores, Lotte Mall, and Hyundai Department Store.

For a break after a long stroll and sightseeing, there’s the super relaxing Shinsegae Spa Land, which offers saunas, hold and cold spas, as well as Englewood baths and bath pools. It has more than 10 theme-specific saunas, including the Turkish Hamam Room, a Finnish Sauna, and the Hardwood Charcoal Room. This destination is perfect for solo travelers, couples, or even families with children. There’s definitely something for everybody.

The next time you visit South Korea or even other neighboring countries, why not have a detour to Busan for a day or two? Let its points of interest amaze you, and have a Busan adventure you can truly call your own. Aside from enabling you to tick one more destination on your bucket list, you will have found a new preferred destination for your much needed R&R, shopping fix, or gastronomic cravings.

Want more on living and teaching abroad? Check out our Teaching Abroad Blog. Or take your teaching skills to the next level here.