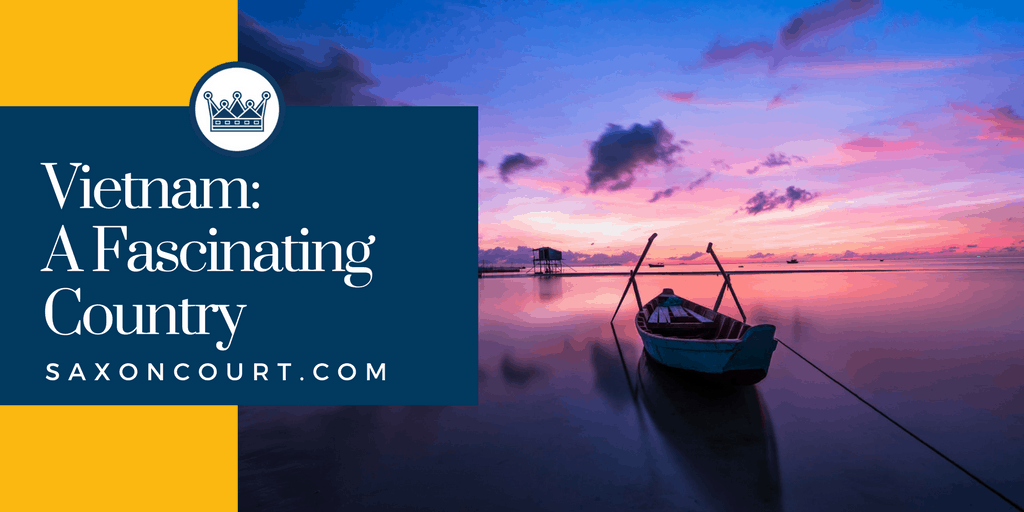 When most people think of Asia, their minds don’t automatically turn to Vietnam. Perhaps it’s best if it stays that way – there’s something to be said about hidden gems – but Vietnam is not a country to be overlooked so easily.

The country is in the unique shape of an S and is largely coastal. There are three main regions: north, central, and south. Each is distinctly different and has its own characteristics. Many who choose to live, teach and visit here decide to travel the length of the country, either from the northern capital of Hanoi to the southern hub of Ho Chi Minh City, or vice versa. They also quickly realise that Vietnam is a wonderful place full of enchanting secrets if one is willing to look for them.

Places to See in Vietnam

Though not as physically large as countries like China or Indonesia, or even Thailand, Vietnam has many places to see with each offering its own unique sights and experiences.

Ho Chi Minh City: Ho Chi Minh City is a whirl and blur of a modern megacity with old-fashioned street vendors and countless alleyways after you part from the main streets. The motorbike traffic and madness are notorious and fun to watch – or to participate in if you are brave enough. Also known as Saigon to locals, this city has plenty of sights to see and will give you a great introduction to the country.

Mekong Delta: This area of Vietnam is a stark contrast to busy Saigon. Visitors find its laidback nature very appealing and enjoy visiting the various sleepy towns. The Mekong river runs through six countries, and in Vietnam, there are floating markets, big fishing boats, and small wooden rowboats. The area is best explored by bicycle and is a great place to get lost in.

Nha Trang: Nha Trang’s beaches are some of the best in the country. This city is bustling as a high-energy resort town. Hills and the ocean meet in this stunning area filled with tourists and locals. The small islands off the coast of Nha Trang make for popular day trips.

Danang: Danang is Vietnam’s third largest city after Ho Chi Minh City and Hanoi. It’s a coastal city and has been built up a lot in the past years, making it increasingly modern and a popular place to live. Danang’s beaches are a well-kept secret as many people use the city as a stopover for the most popular UNESCO sites of Hoi An (to the south) and Hue (to the North).

Hanoi: As Vietnam’s capital, Hanoi has preserved much of Vietnam’s history and is known for being much more communist than its southern counterpart Saigon. Narrow streets add to the city’s charm and Hanoi has become a blend of the East and West. Beautiful French-influenced architecture is something to marvel at, as well as the various temples around the city. In addition to sightseeing, many use Hanoi as a jumping off point to explore the famous Ha Long Bay.

Sapa: If you want to see Vietnam’s rice fields, Sapa and the surrounding region is the place to go. It has become very popular, but there are still pockets of the area that see relatively few tourists. There are tonnes of hiking and homestay-type accommodations. You’ll also encounter Vietnam’s ethnic tribes in the area.

Weather in Vietnam will obviously affect the activities and pleasantness of a place. In the rainy season of any area in the country, expect heavy downpours. Luckily, these periods of heavy rain only last for a couple of hours at a time.

Are you ready to go? All you have to do is click the link and sign up: Teach English in Vietnam

Thailand tends to take the majority of the credit for great food in Asia, but Vietnamese cuisine also deserves a notch on the totem pole. First things first: fish sauce is eaten with everything Vietnamese. It takes a while to get used to, but once you do, there is no turning back.

Perhaps the two most famous meals are Pho and the Banh Mi sandwich. Pho is a soup with noodles topped with the meat of your choice, usually either beef or chicken. It’s usually eaten in the morning, but can be enjoyed at any time. Banh Mi is served on a French roll with paté, several types of meats (mostly grilled pork), and pickled vegetables. The vegetarian option involves a fried egg.

There are many other surprising dishes that will make your taste buds water. Keep an open mind when trying new foods, as they are probably very different from anything that you have had before. Those not used to Asian cuisine will be surprised that they serve many animals whole, which is a bit of a shock at first. Still delicious!

When interacting with locals, a friendly ‘xin chao’ will go a long way. Vietnamese people know their language is difficult, so they will appreciate this simple gesture of a greeting. Don’t be surprised if you get invitations for a coffee date, a favourite pastime activity, or even a house call for a meal with the family. Many of the younger generation speak some English and will be thrilled to practice with you.

Any time spent in this country is sure to be enjoyable. There are big expat communities in the main cities, and many find that once there are here, they won’t leave so easily. Consider making Vietnam the next destination on your list!