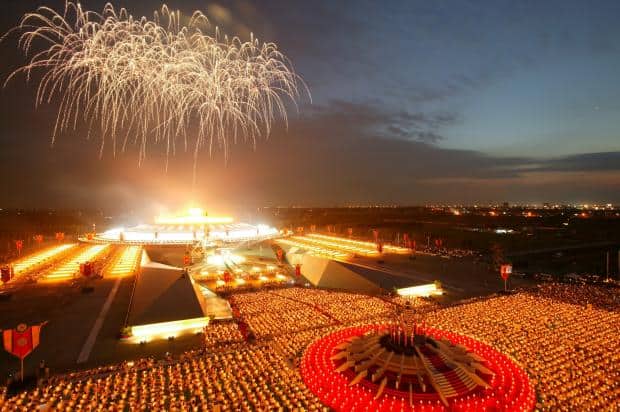 Immerse Yourself in Thai Culture: A Look at Traditional Thai Holidays

Thailand is also known as the Land of Smiles and, according to various sources, this is not because of the country’s natural beauty, stunning beaches, and rich history. Rather, this is due to the friendliness of the Thai people. They are very hospitable and courteous, and it is usually a pleasure to interact with them. And there is a deep cultural attachment

Whether you are already living in Thailand or contemplating moving there, immersing yourself into the local culture starts with knowing what the traditional holidays are, when they happen, and how they are celebrated. Consider this your quick go-to guide to the main Thai holidays.

There are officially 23 annual public holidays in Thailand and also some religious observances. There are also bank holidays and also national holidays. Throughout the country, all of these are observed to varying degrees. It is important to note that when a public holiday falls on the weekend, the Monday thereafter becomes a compensatory holiday.

This traditional Buddhist holiday takes place in February each year, with the 2017 date set for 11 February. For the past two decades, this holiday has fallen on the weekend, with the following Monday also declared a non-working holiday. The objective of Magha Puja, which means celebrating the third lunar month, is to avoid committing sins and to do only good. Additionally, people celebrating try to purify their mind. A candlelight procession is traditionally held in each temple. 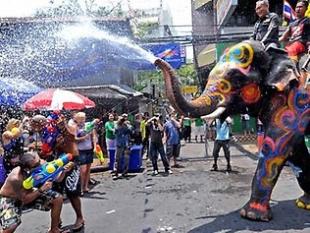 This festival is the Thai New Year. It is celebrated on 13 April every year; however, the actual holiday period is a little longer, stretching until the 15th of the month. For 2017, this also includes the weekend, allowing the people of Thailand a full week of holiday and festival celebrations.

Some ways in which this festival is celebrated throughout Thailand are:

In the north of the country, celebrations to fight off bad luck include the use of firecrackers and even gunfire. Furthermore, younger generations celebrate Songkran Festival by holding a water festival in which main streets in several cities are closed off and water fights are fought. Some parades are also held, with the crowning of “Miss Songkran”.

While there is speculation about how important this holiday will be in the future with the crowning of a new king, currently, this holiday is still a major event in Thailand. Coronation Day is celebrated annually on 5 May (unless that date happens to be on a weekend, in which case the holiday is moved to the Monday).

The purpose of the day is to commemorate the crowning of the current king, Bhumibol Adulyadej, that took place in 1950. He is also known as King Rama IX and is the 9th ruler of the Chakri Dynasty. On this day, you can watch, or even attend, some commemorative ceremonies. Other activities include going to the theatres in the capital city, like the National Theatre of Thailand. The Grand Palace (also in Bangkok) opens for additional tours as more rooms are open to the public. 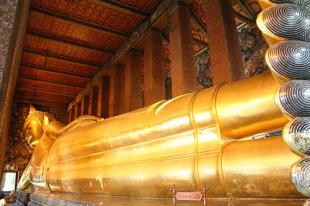 The majority of Thailand’s population conforms to Buddhism. As such, Visakha Bucha is one of the principal Buddhist holidays and people celebrate the three most important milestones of Buddha’s life: his birth, enlightenment, and death. In Thailand, this is a time when people visit their local temples, give donations, meditate, and listen to the teachings of Buddha. Similarly to the Songkran Festival, some people also set fish, birds and other animals free to get rid of bad karma. No alcohol is allowed to be sold during this time and some bars even close provisionally.

While many of the celebrations are private and religious in nature, many tourists usually visit some of the most famous temples in Bangkok such as Wat Pho, the oldest temple that holds the famous reclining Buddha; Wat Phrathart Doi Suthep, which contains relics of Buddha; and Wat Phra Kaew, thought of as the most sacred and houses the Emerald Buddha.

The Queen’s Birthday, Chulalongkorn Memorial Day and The King’s Birthday

The first holiday celebrates the birth of Queen Sirikit, the wife of the current king. The other two holidays honour the death of King Chulalongkorn and the birth of the King Rama IX respectively.

In 1932, Thailand adopted its first permanent constitution, and this is what Constitution Day commemorates. People usually take some time off work since this holiday is close to the king’s birthday on 5 December. They typically return home to visit family and relax. Some common activities to celebrate include the Constitution Day parades, various displays of past and present Thai kings, and visiting the Democracy Monument in Bangkok.

As In addition to these Thai holidays, there are plenty more to learn about to help you gain insight into the local culture. If you are contemplating moving there in the future (or even touring the country), then there are plenty of things to look forward to.

Denine Walters is currently a freelance writer, editor/proofreader, and ESL teacher. Previously, she taught online English lessons to students from all around the world and, before that, she lived in Taiwan and taught English to young learners. In her free time, she likes to read, do scrapbooking and grammar quizzes, and travel.

Denina also has an MA in Politics, with a dissertation written on post-conflict peacebuilding, a BA Journalism degree, and TEFL and CELTA certificates.

Have you ever been to a festival in Thailand? Tell us about it in the comments!

Want to teach in Thailand? Or anywhere else? Click here and sign up for our newsletter to get the most recent teaching positions worldwide.