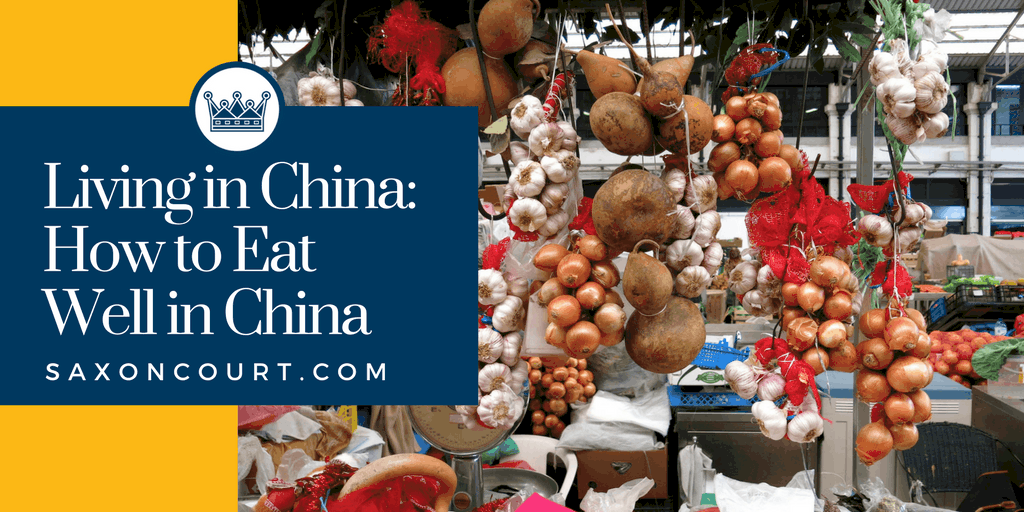 Living in China: How to Eat Well in China

Before you arrive in China, you may dream of all the different foods you’re going to eat. I know I did. I dreamed about authentic fried rice and honey chicken and dumplings with exotic spices. And then I travelled to China to teach ESL and it was very different to what I’d expected. Chinese food is everywhere in Western countries, so you may think you have a good idea of what to eat when you get there. But Chinese food back home is very different from food in China.

Want to learn more about teaching in China? Click here.

If you travel to Shanghai or Beijing you’re going to find almost any type of food you can think of. While in Shanghai, I ate Mongolian food, a great hamburger, delicate little mushrooms pastries, and the best Mexican food I’ve ever tasted. Shanghai and Beijing are like any other international city. They have all the big chain restaurants and the people who live there enjoy food from all around the world. And if you only travel to the big international cities in China, you might think the whole country has the same endless variety. But once you leave the major cities, everything changes.

While I was teaching ESL in China I lived in Fuzhou, which is the capital of the Fujian Province. Each province in China has different food, inspired by different ethnic groups, different weather, and different histories. Food in the Fujian Province is sweeter than in most other areas of China. This doesn’t mean that it’s full of sugar, it just doesn’t have the intense heat of food in the Sichuan province, or the variety you’ll find in more international areas.

Once you leave the major cities, where to eat becomes more of a concern. Outside of the major cities, few people speak fluent English so it can be very difficult to order food. The menus are usually in Chinese too, so it helps to be able to recognise some basic Chinese characters. If you can’t do this, you need to try to find a restaurant that has pictures. These can be in short supply as well. As a final option, you can wander around the restaurant and point at other people’s food. You will get some very strange looks for doing this, but generally, people don’t seem to mind too much. If anything, they seem to find it amusing.

Basically, eat everything. In China, they eat parts of animals that usually aren’t on the menu in western countries. This includes brains, liver, kidneys and other organs that are usually best left unidentified. If you have a strong stomach, or the will not to ask too many questions, try everything that’s offered to you. Some of the foods that might seem strange to westerners are actually the most delicious food I’ve ever tried.

They also really like snack foods in China. This means that there are almost always stalls and small shopfronts selling pastry balls, biscuits, eggs soaked in a black sauce, and marinated cuts of meat. The array of snack foods goes far beyond that however, and it is actually really intimidating at first because the shops are usually small and a little dingy. A little tip, if you’re thinking about eating somewhere, watch the shop for a little while. If it has a steady procession of locals buying food there, it’s probably all right for you to try something. Chinese people know their food. They know what’s good and what’s not. Trust them when it comes to your snacks.

If you’re living in China, it will be fairly easy for you to find food to cook. Most of the bigger cities in China have shops such as Walmart and convenience stores where you can find an array of familiar and unfamiliar foods. Some of the shops even have a foreign import section, where you may be able to find old favourites and comfort foods for when you’re missing home.

If you like to cook, and enjoy trying new things, look for a market in your neighbourhood. These are usually held on Saturday or Sunday morning and will be full of people selling foods that were grown locally. You can usually get a variety of fruits and vegetables in these markets, and some of them sell meat as well. Just make sure you go early because the markets close before mid-morning.

The Cost of Eating in China

Depending on where you come from, it will probably seem very cheap to get a meal in China. Coming from Australia, it seemed to be a wonderful treat to me to be able to get a three dish meal for the equivalent of about five Australian dollars (less than US$4). This depends on where you eat of course. If you go to the foreign restaurants, you’ll pay a fair bit more. There are local restaurants that are fairly expensive as well, although probably not as expensive as the equivalent meal would be at home.

But if you really want to save money while you’re living and eating in China, you need to seek out the local restaurants and food stalls. In these places, you will get a cheap meal that will be very different to Chinese food at home. And if you’re very lucky, it might be one of the tastiest meals you’ve ever eaten.

Do you have any tips about living and eating in China? Share them with us below.

Want more like this? Visit our Teaching Abroad Blog. Or see teaching positions in China.

Gayle Aggiss an ESL teacher and a dedicated traveller. I’ve taught in Fuzhou, China and Hanoi and much prefer smaller cities to the larger options. When she’s not on the road, she lives in Perth, Australia. She writes about education, ESL teaching specifically, and you can view more examples of her work at www.gayleaggiss.com