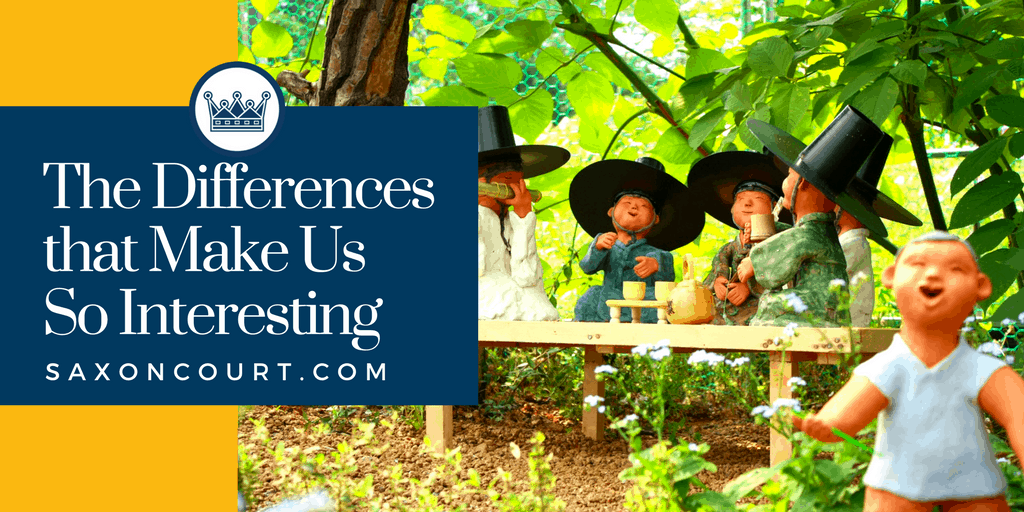 The Differences that Make Us So Interesting

Korea is a beautiful place and the people are genuinely kind, caring and interesting. But if you’re from the western part of the world, you’ll encounter some stark differences between your culture and Korean culture, differences that if met with an open mind, you’ll appreciate and not critique. Of course, there’ll be some instances that will catch you off guard and make you wonder if every one’s brain is lodged in the same place. But hey, remember if you think they’re weird, chances are they think the same of you.

Coping with Korean culture will require you to be observant, attentive, aware and open to change. Language is deeply intertwined with culture. The official language of Korea is Korean. A language that is simple compared to neighboring languages such as Chinese or Japanese. However, if you’re not adept at learning languages, there’s body language. And I really mean that. Learning Korean if you’ve never been exposed to it is best learnt if you immerse yourself among the locals. It will be difficult at first, but you’ll learn really quickly. Some of the really extreme cultural differences that I experienced were the respect shown to older heads, slurping when eating, learning to speak Korean and understanding the importance of body language in Korean culture.

Culture is truly an amazing phenomenon that defines people, shapes how they think, act, see things and do things. If you go to Korea with that mindset, coping will be a lot easier. A certain level of awareness is needed as you don’t want to offend anyone unintentionally. In Korean culture, a lot of respect is shown to older people. A lot! If an older person is walking along your path and you don’t move, they’ll push you out of the way and continue on their journey. And you dare not retaliate. You’re expected to move. I really thought that it was confined only to their people, until it happened to me. I was pushed and almost lost my footing. I had to remind myself that that was Korean culture. Had I not reminded myself there would have been a scuffle on the streets of Korea between me and someone’s granny! From that time onward I stayed vigilant of approaching traffic, objects, and grannies.

Suffering from culture shock? Maybe this will help.

If you even utter a word in Korean as a foreigner, you’re sure to get applause from someone. They love it when you embrace their culture through their language. At first, you may have to master body language like what I did. But trust me, it’s very helpful if you don’t know a word in Korean. I got around a lot with body language. If I didn’t know to say a word in Korean, but body language worked. (Note: Be mindful of hand signals that are offensive. For example, when calling someone, we usually stretch our hand in front of us, with palms facing up and then roll our fingers in to signal, “Come to me”. In Korea, that’s how they call animals. To signal someone to come to you in Korea, your palms should be facing down.)  Once you begin grasping the language, broken though it may be, you’ll notice Koreans wanting to help you learn it. Actually, they’re eager to learn English, so they will practise their broken English with you, or what they call “Konglish”, and help you learn Korean along the way.

Venturing into the unknown streets of Korea is the best and fastest way to learn Korean.  Be sure you know your way back home, of course, by taking note of buildings, shops, restaurants, something you can remember. If possible, ask someone for the name of a big street closest to yours. You’re bound to find someone who can speak and understand basic English. As you go, there’ll be Korean people all around speaking Korean. Some may even come up to you and speak fluent Korean and with the hand signals, motions and body language you’re going to learn a word or two.

The first time I went strolling in a park alone, I sat down on a bench just watching and admiring the beauty all around. An old man came and sat next to me and started speaking Korean. I was fresh off the plane, so I knew absolutely nothing in Korean. But he kept asking the same questions over and over, and every time I shrug my shoulders to indicate that I had no idea what he was saying,  he said, “Molla?” Like I even knew what that meant. And then he started using the hands and then I started to get a hint of what he was trying to get at, which is not important to reveal right now. What’s important is that I left knowing that “molla” meant, “You don’t know?” To this day I’ve never forgotten that word.

Mastering Korean is definitely challenging, and it may be out of some people’s grasps, but survival Korean is attainable for anyone who puts in a little effort. Understanding how to communicate with Koreans, even broken Korean, is a step in the right direction. The right hand signals and body language will get you started and once you begin venturing down the streets of Korea, you’ll hear Korean everywhere and are bound to pick up the language quickly.

Once you leave your country to enter a totally new culture, you need to be open minded and sensitive to the culture you’re entering. Being observant is totally necessary as well as being open minded. The older people in Korean culture are well respected and honoured. If you go there you must follow suit. Finally, slurp away. If nothing else, you’ll discover you had some powerful jaw bones that can make some amazing sounds.

Whether you’re learning a language or teaching one, here are some handy language learning tips.

Leah Adams-McCoy is an educator who spent 2 1/2 years in South Korea teaching English and exploring the local culture. Currently, she is a freelance writer and high school teacher.